Portable toilets, which are self-contained and can be installed almost anywhere, are more costly than permanent outdoor toilets but offer numerous key advantages. Today, portable toilets are often encountered in outdoor settings such as construction sites, farms, campgrounds, and even streets. Solar energy is well suited for situations where illumination is needed in portable toilets that are situated distant from the main power grid or if the installation is planned to be temporary.

The figure shown above is a circuit for a solar-powered, self-contained light for portable toilet illumination applications. The self-contained solar light consists of a solar charger, rechargeable battery pack, white LED light source, and PIR occupancy sensor. The occupancy sensor (motion sensor) activates the light source, and when the booth has been vacated (or if no legitimate motion is detected), the lights turns off to save battery power.

Working of the circuit:

The above figure depicts the circuit diagram of the solar light for a portable toilet. It consists of a 9V, 450mA solar panel, a voltage regulator LM317 (IC1), a PIR sensor, a MOSFET BS170 (T1), a 1W white LED (LED1), and a few more components.

It is possible to divide the circuit into two sections: the charger and the sensor and control system. The 9V, 450mA-rated polycrystalline solar panel provides power, is connected to CON1, and charges the 4.8V, 1800mAh battery pack, BATT.1, through the IC1-based constant-current charger. The 6.8-ohm resistor (R1) restricts the charging current to around 180mA, or one-tenth the pace of the battery.

The sensing and control circuitry is based on a PIR motion detector module (Fig. 3), which is linked to CON2. When a legitimate motion is detected, the output of the PIR sensor rises to around 3.3V and the medium-power MOSFET BS170 turns on the light source LED1 (3.6V, 1W white LED) for a limited duration. The 1W, 4.7-ohm resistor R2 restricts the white LED's operational current.

Enclose the PCB in an appropriate little box that may be installed in the toilet. Connect the fully-charged battery pack BATT.1 to the circuit and turn on S1 after constructing the PCB board. The PIR motion sensor detector takes around 60 seconds for initialization (or even up to three minutes). After that, it enters standby mode, where it is available for detection.

You may turn the PIR sensor's delay potentiometer clockwise to extend the time delay from three seconds to up to 300 seconds. Similarly, moving the sensitivity pot counterclockwise on a PIR sensor extends its detection range from three to six metres. In some PIR sensor potmeters, the LDR socket is unavailable.

The solar panel (which is not installed inside the enclosure) may be positioned in a suitable location. The ideal way to connect the BATT.1 battery pack to the circuit is using two flexible, well-insulated multi-strand wires. Then, a heat sink should be fitted to the integrated circuit LM317. Install the completed PCB in a tiny plastic box with connection holes drilled for the solar panel, S1 switch, LED1, and PIR motion sensor. 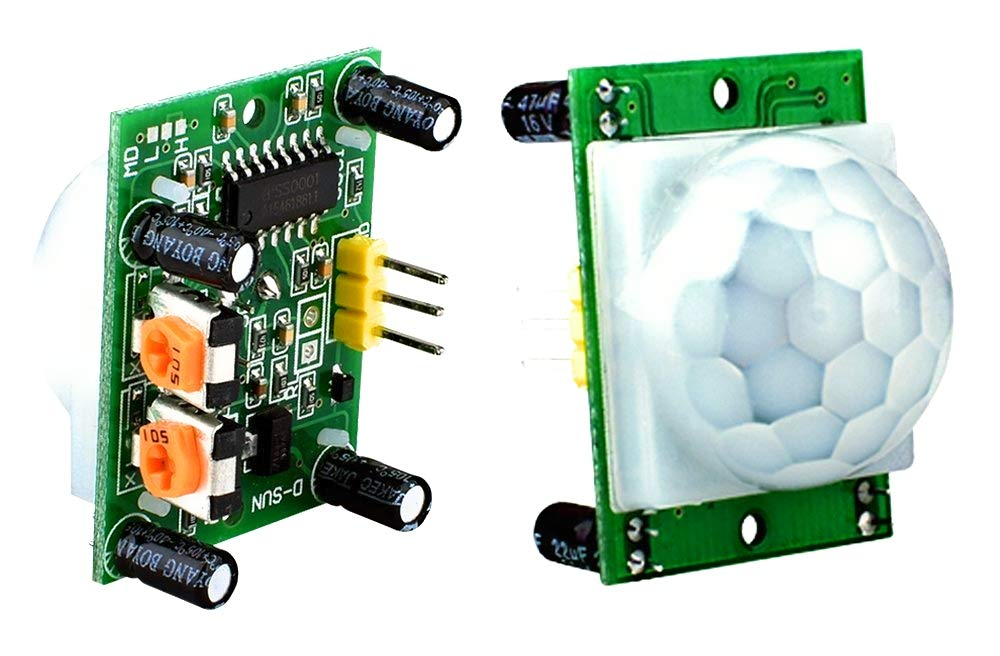 Amazon Affiliate Disclaimer:The owner of this website(kitszone.com) is a participant in the Amazon India Associates Programme, an affiliate advertising programme designed to provide a means for sites to earn advertising fees by advertising and linking to Amazon.in.